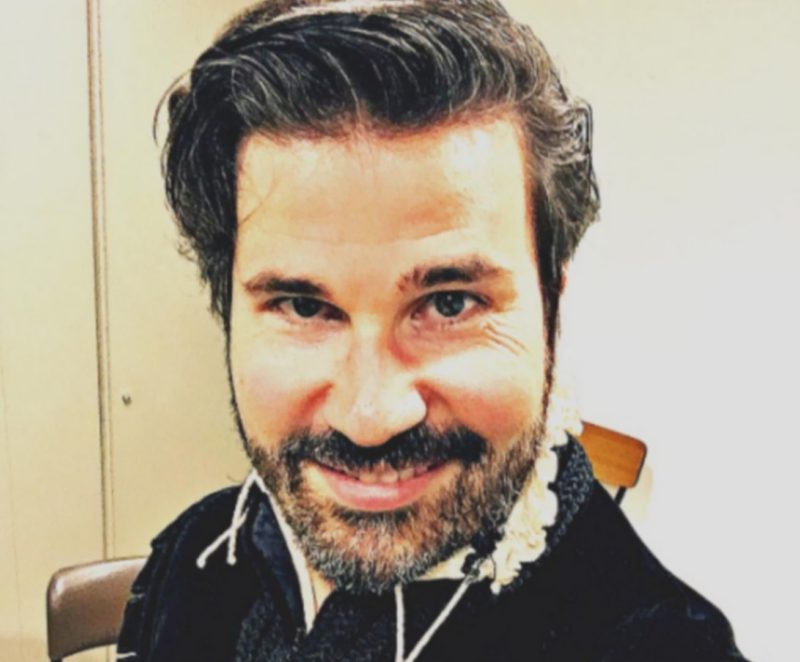 I’d like to start by saying that I am elated to return to the Opera di Firenze after a two year absence, and to do so in such an important occasion as the opening of the 80th Maggio Musicale Fiorentino under the musical direction of Maestro Zubin Mehta.

Finally and once again I’ll impersonate the role of Rodrigo, Marchese di Posa, and I can sink my teeth in this most beautiful Verdi opera and this character, who is the quintessential symbol of freedom and humankind’s freedom of thought.

This is a wonderful production by Giancarlo Del Monaco, revived here in Florence by the excellent Sarah Schinasi, who never fails to motivate us and give us magnificent dramaturgical and interpretative clues, with sets by Carlo Centolavigna and the marvelous 16th century costumes by Jesus Ruiz. Everything in this production refers to the historical Spanish event and the late 16th century Spanish court: truly imposing sets where nothing is left to chance. The general atmosphere creates the conditions for both the performers and the audience to fully comprehend the opera. Amazing are also the costumes for the singers, chorus members and supernumeraries. Everything is at its most glorious in the Auto-da-fé scene, when the populace and the courtiers pay homage to the greatness of Filippo II and take the heretics to the stake.

I find the work we are doing on the details of our acting and on the relations among the characters truly interesting. A most beautiful moment is the quartet in Filippo’s chamber when I arrive in the middle of the night awoken by the king’s cries for help as Elisabetta faints during their argument, and the relations among the four characters, Filippo II, Elisabetta, Eboli and Rodrigo are developed in a very strong tension of glances and stares and movements which will then flow in Eboli’s great aria.

One of the best aspects of this Don Carlo is that we singers already know one another very well from past experiences.

I believe it will be a most marvelous production to watch and listen to as well as to live under the musical direction of Maestro Mehta who, like always, knows how to paint and shape music and emotions with his gesture and enormous experience. I made my debut in this role with him at the Zurich Opera in 2011 and now I have a chance to return to it bringing my experience and maturity.