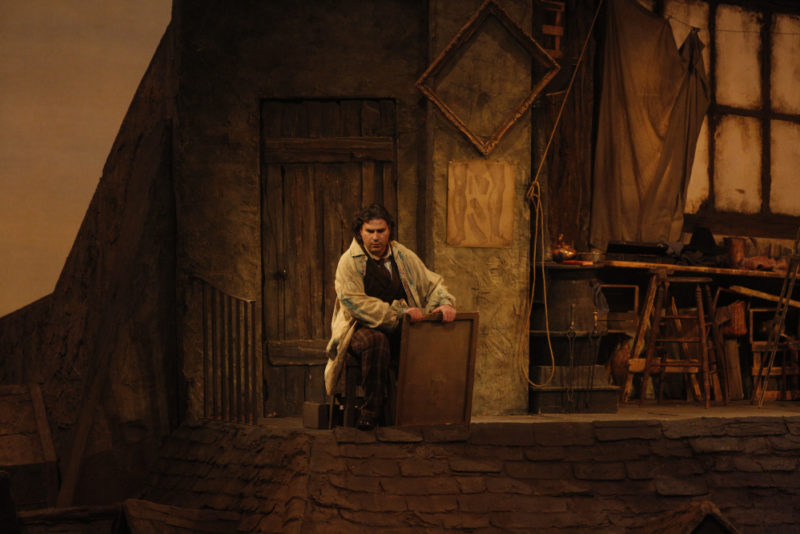 On November 16, 2016 Massimo Cavalletti will sing his 100th performance as Marcello in La bohème at the Metropolitan Opera in the historical Franco Zeffirelli production conducted by Marco Armiliato. It is the first of a series of seven performances running through December 8.

“Marcello is the role that I have sung most often in my career”, says Massimo Cavalletti. “I am thrilled that my return to the Metropolitan Opera will coincide with my 100th performance as Marcello. I am particularly fond of this historic Franco Zeffirelli production of La bohème where in 2010 I made my Met debut as Schaunard in a stellar cast and graduated to Marcello four years later. I owe a lot to this role and love singing it because of his personality: he is always ready to help everyone, positive and hopelessly hopeful.”

This season, in addition to La Bohème at the Met, Massimo Cavalletti returns to La Scala as Ford in Falstaff and sings Rodrigo di Posa in Don Carlo at the Maggio Musicale Fiorentino, both under the musical direction of Zubin Metha.