Massimo Cavalletti as Ford in Falstaff at the Astana Opera 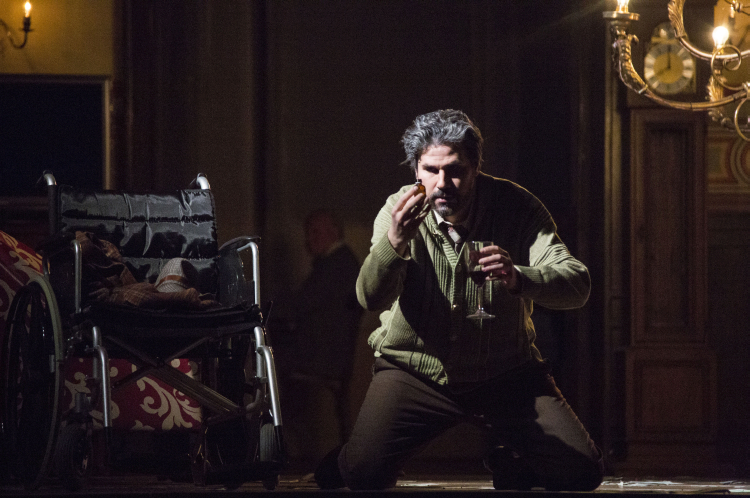 On September 1, 4, 6 and 8, 2017, Massimo Cavalletti will join the forces of the Teatro alla Scala on tour to the Astana Opera as part of the Expo 2017 celebrations, in the much lauded production by Damiano Michieletto under the musical direction of Maestro Zubin Mehta. The Tuscan baritone will reprise his celebrated portrayal of Ford, alongside Ambrogio Maestri in the title role, Francesco Demuro as Fenton, Carmen Giannattasio as Alice Ford, Rosa Feola as Nannetta, Yvonne Naef as Mrs. Quickly and Annalisa Stroppa as Meg Ford.

“The role of Ford holds a special place in my heart”, states Massimo Cavalletti. “I was lucky to debut it in a beautiful 2010 production conducted by Daniele Gatti. Ford is a nouveau rich and a social climber, willing to force his own daughter into a marriage of convenience. It is composed with the accents and the vocal writing of a true Verdi baritone. Ford’s “Jealousy aria” is one of my very favorites and I often include it in my recitals.”

When asked about this particular production, the Tuscan baritone says: “When I appeared in it last February, this was my third run as Ford at the Teatro alla Scala. Now, just like in Milan last winter, it is a star studded production conducted by Maestro Zubin Mehta and headed once more by Ambrogio Maestri, who has been my Falstaff in most of the productions in which I have participated and with whom I have by now a very close-knit stage relationship. I am so thrilled to be led by Maestro Mehta, with whom I have worked frequently.”

After this Falstaff in Astana, Massimo Cavalletti’s 2017/18 season includes his role debut as Gianni Schicchi in a new production at the Dutch National Opera, his debut at the Paris Opera as the protagonist of Il barbiere di Siviglia, his return to the Metropolitan Opera as Enrico in Lucia di Lammermoor, his debut at the the Ópera de Las Palmas de Gran Canaria as Figaro, and his Rome Opera debut as Marcello in La bohème.