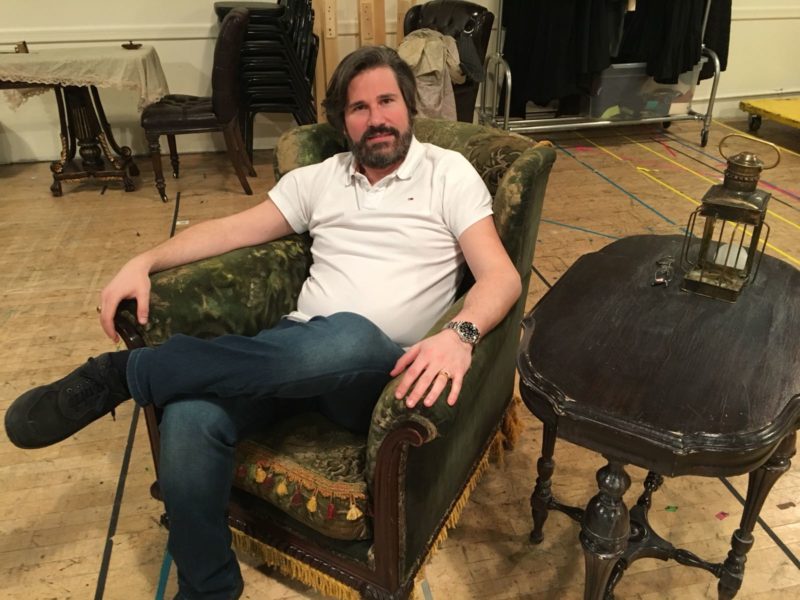 On March 22, 2018 Massimo Cavalletti will return to the Metropolitan Opera as Enrico in Lucia di Lammermoor, in a production by Mary Zimmermann under the musical direction of Maestro Roberto Abbado, the first of a series of five performances running through April 14, 2018. He will share the stage with Olga Peretyatko and Jessica Pratt alternating in the title role, Vittorio Grigolo as Edgardo and Vitalij Kowaljow as Raimondo.

“I have already performed in this production at the Teatro alla Scala in 2014”, says the Massimo Cavalletti about Mary Zimmermann’s staging. “It’s a mise-en-scène with very Romantic colors, aptly dark and nocturnal as well as grandiose and spectacular, inspired by the very same places where Sir Walter Scott set his novel The Bride of Lammermoor.” “Enrico is a favorite of mine”, continues the Tuscan baritone speaking about the role that – in addition to La Scala in two different productions – he has already sung in Hamburg, Bologna, Dresden, Tokyo and Zurich. “ I don’t view him as a villain, but rather as a complex character that during the course of the opera keeps losing authority, becoming sincerely mortified at the end when he fully realizes how he wronged his sister.”

This is the fifth role Massimo Cavalletti is interpreting on the Metropolitan Opera stage. He made his local debut in the 2009/10 season as Schaunard in La bohème, returned as Marcello in the same opera in 2013/14 and 2016/17, as Escamillo in Carmen in 2014/15 and as Lescaut in Manon Lescaut the following season.

In addition to this Lucia di Lammermmor, upcoming and future engagements for Massimo Cavalletti include house debuts in Las Palmas as Figaro in Il barbiere di Siviglia and at the Rome Opera as Marcello in La bohème, as well as role debuts as Count Luna in Il trovatore at the Teatro del Maggio Musicale Fiorentino and as Giorgio Germont in La traviata at the Palm Beach Opera.

Information about Lucia di Lammermoor at the Metropolitan Opera: