Ford in “Falstaff” at the Teatro alla Scala 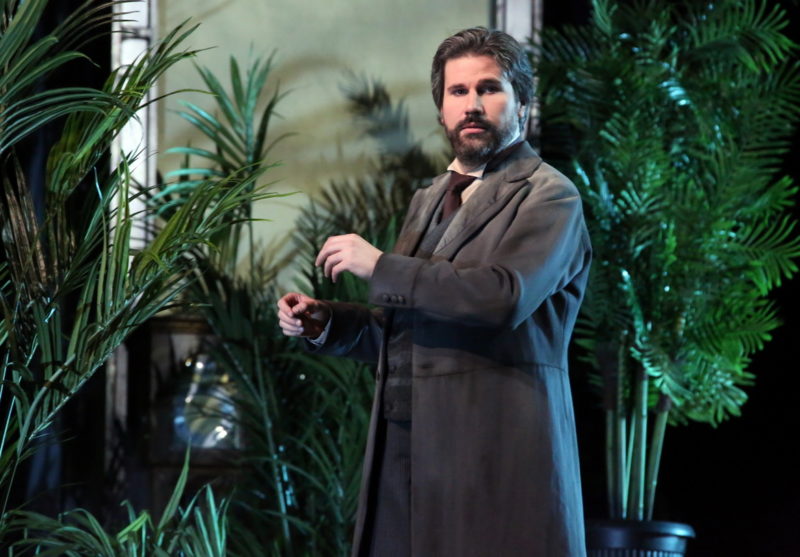 On February 2, 2017 Massimo Cavalletti will return to the Teatro alla Scala as Ford in Falstaff under the musical direction of Zubin Mehta. The production by Damiano Michieletto was first unveiled at the Salzburg Festival in 2013. The series of eight performances will run through February 21, 2017.

“Ford is a nouveau rich and a social climber, willing to force his own daughter into a marriage of convenience. It is composed with the accents and the vocal writing of a true Verdi baritone. Ford’s “Jealousy aria” is one of my very favorites and I often include it in my recitals.”

When asked about this particular production, the Tuscan baritone says: “This will be my third Ford at the Teatro alla Scala. It is a star studded production conducted by Maestro Zubin Mehta and headed once more by Ambrogio Maestri, who has been my Falstaff in most of the productions in which I have participated. I have already performed with some of my collegues such as Carmen Giannattasio, Francesco Demuro and Carlo Bosi, and I am happy to discover the talents of all the others I haven’t had the pleasure to work with. I am so thrilled to be led by Maestro Mehta, with whom I have worked frequently but never at La Scala before. His will be a much more intimate rendition of this Verdi masterpiece, as Verdi required, because he is using a reduced orchestration particularly in the string section, with the intention of highlighting the comedy. Damiano Michieletto’s production takes place at the Casa di Riposo Giuseppe Verdi, the well-known rest home for retired artists in Milan, but in fact the plot is a dream, Falstaff’s dream. He is a guest in the rest home and lives his old age making trips down memory lane with a bottle in his hands: the other characters are memories, ghosts from a past long gone. It is a very dreamlike and introspective vision that brings to the surfaces many layers of the opera and of the human soul: not a comedy, not a tragedy, just a dream.”

Information about Falstaff at the Teatro alla Scala: