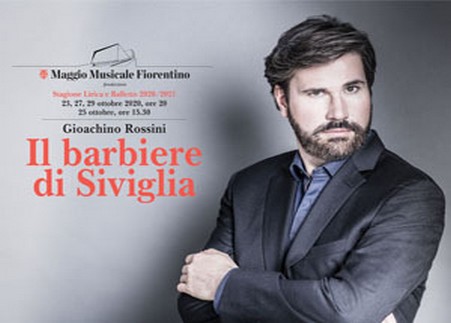 I am so happy to announce my return to Florence in Maggio Musicale Fiorentino, with my beloved Figaro in Il Barbiere di Siviglia. During this production in Florence I will reach the milestone of 50 performances in this role that I made my debut at the Teatro alla Scala in 2005 with a project of the La Scala academy and then I repeated in many theaters including: Zurich Opernhaus, Staatsoper Hamburg, Dubai Opera, Teatro Regio of Turin, Opera of Paris, Verdi Theater of Salerno and Opera of Las Palmas.
A very funny and colorful production by Damiano Michieletto, directed by Maestro Michele Gamba and with a very funny and close-knit cast among which I find the very good Carlo Lepore with whom I also sang in Manon Lescaut at the Teatro alla Scala in 2019.
The performances will be on 23,27,29 October 2020 at 20.00 and on Sunday 25 October at 15.30

For more information and for tickets