Debut as Gianni Schicchi at the Dutch National Opera 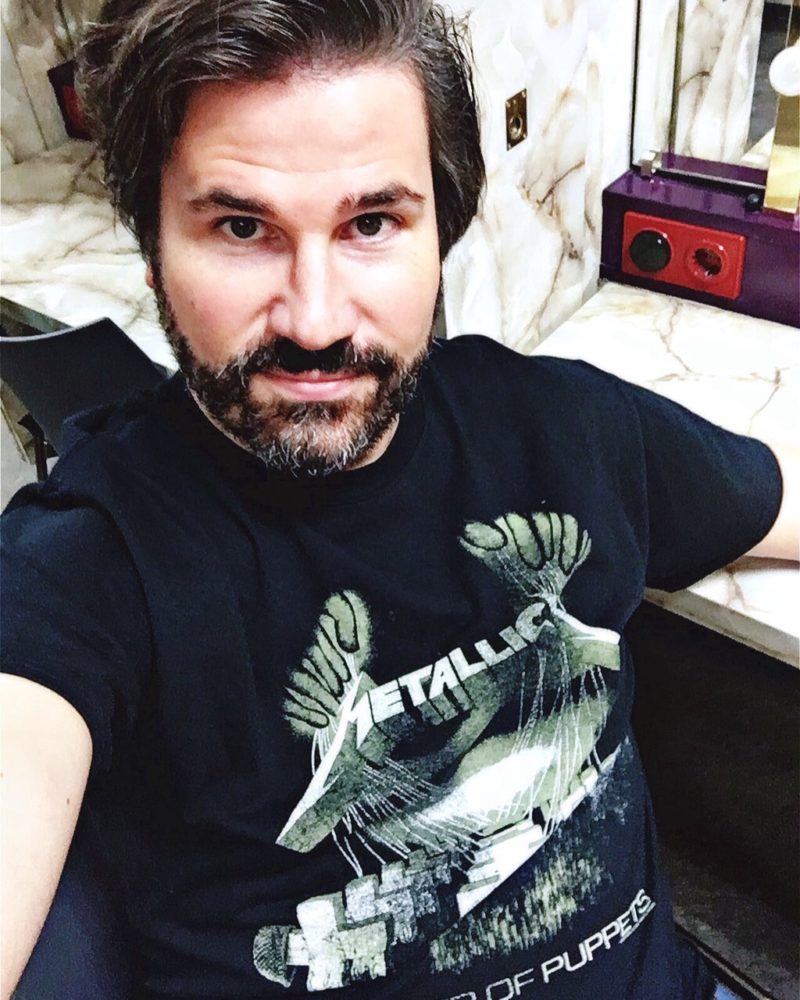 Gianni Schicchi: I love this character!

It’s a complete, round character and it’s been such a pleasant surprise for me, also considering the scarcity of Puccini roles for the baritone voice.

Gianni is at the same time a man, a father, he is sly, cunning, loving, protective, persuasive, clever: in a word, he is “super smart”!

Schicchi is certainly a father, but during the show is undoubtedly a man: he does everything, he moves the action and at the end he reaps what he sow, the good and the bad.

Here in Amsterdam I am taking part in a double bill which presents two similar but also different situations both taking place in Florence: a tragedy (Zemlinsky’s A Florentine Tragedy, in which I do not sing), and Gianni Schicchi, which will close the evening. The two operas show the merciless affinity of the human soul for money, and at the end Schicchi’s “moral” is valid for the characters of both works.

Schicchi is motivated by a personal desire for social climbing as well as his love for his daughter Lauretta and his wish to give her and Rinuccio what they could never obtain from the young man’s relatives. Gianni puts himself at the service of Buoso’s family and for his services he takes the best assets of his inheritance, and I believe that the relatives are not fair with him accusing him of being a thief, because before he came into the picture they had been completely disinherited, while with the new will everyone gets something: certainly not what they had hoped for, but for sure they don’t leave empty-handed.

It is very interesting to interpret this character, which calls for the singer to pay extreme attention to vocal and scenic demands: in my opinion Gianni always has everything under control, is able to change every situation on the spot and the audience must be aware of this. Since his very first entrance he immediately understands that is is very strange indeed that Buoso’s death should have caused such grief and pain for his relatives, and therefore something must have happened. This is the beginning of a game between him and the relatives in which he tries to unmask their souls to fully understand how greedy and socially conservative they are, in their aristocratic opposition to the new emerging bourgeois classes. Such behaviour prompts his famous prank whereby he – posing as Buoso – leaves to himself “the best things”, as Marco, one of the relatives, calls them in the opera. Subtle and terrible all throughout the opera is his challenge to Zita, as well as the erotic game he plays with the two other women, Nella and Ciesca, emphasised in this production by the relationship with Zemlinsky’s opera, where sex and money are strictly intertwined; even in Schicchi there is more than a hint to the attempt to gain money through sex.

Setting the opera in our days and the modern casual costumes that Schicchi is wearing stimulate me to an immediate identification with his character: I won’t have to pretend to be someone else, but I’ll only have to be a young father who has received an unexpected inheritance for himself and his daughter.

I believe this is going to be a perfect role debut, thanks to the refined dramaturgic work done by stage director Jan Philipp Gloger, and to Maestro Marc Albrecht who rids the score of a certain spurious performing tradition giving a lean and fluent reading of this masterpiece. This gives me the possibility to play using Buoso’s “fake” voice and yet to be Gianni at all times, always ready to remind his “relatives” that if they allow them to be caught, they will be mutilated and sent into exile.

The sets will also play a leading role, but I won’t say much more lest I spoil the surprise; I can only say that their simplicity will help move the spotlight on the artists.

There will be so many references between the two operas, and many props and similar actions will be shared by both, so that the audience may catch the connections, the similarities that lure the human soul towards only the money god.