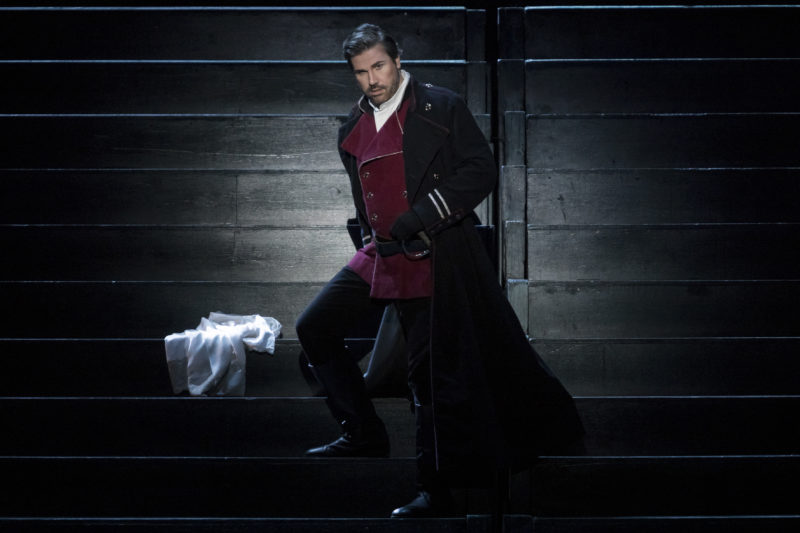 On October 10, 2018 Massimo Cavalletti will inaugurate the 2018/2019 season of the Teatro Regio in Turin as Conte di Luna in a Paul Curran production of Il trovatore, under the musical direction of Maestro Pinchas Steinberg, the first of a series of five performances running through October 21, 2018. He will share the stage with Diego Torre in the title role, Rachel Willis Sørensen as Leonora, Anna Maria Chiuri as Azucena and In-Sung Sim as Ferrando.

Il trovatore will be Massimo Cavalletti’s third outing at the Teatro Regio Turin, having already appeared on that prestigious stage as Malatesta in Don Pasquale in 2009 and as Marcello in La bohème in 2016 to rave reviews. The Lucca born baritone added the role of Conte di Luna to his already considerably large repertoire just last month at the Teatro del Maggio Musicale Fiorentino, his first new Verdi part of the current season. Role debuts as Giorgio Gérmont in La traviata at the Palm Beach Opera and as Francesco Moor in a new production of I masnadieri at the Teatro alla Scala, which will also travel to the Savonlinna Festival, will soon follow.

After this Turin Trovatore, Massimo Cavalletti’s 2018/2019 season, in addition to the two above mentioned Verdi debuts, includes Lescaut in a new production of Manon Lescaut and Belcore in L’elisir d’amore at the Teatro alla Scala, Figaro in Il barbiere di Siviglia at the Teatro Verdi Salerno, and his role and house debut as Silvio in Pagliacci at the Teatro San Carlo of Naples.

Information about Il trovatore at the Teatro Regio Turin: