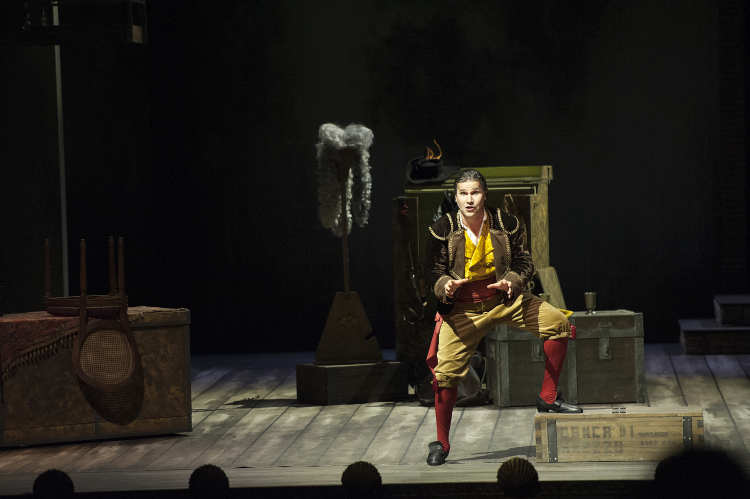 On September 2, 2016 Massimo Cavalletti will participate in the inaugural performances of the new Dubai Opera in the title role of Figaro in Il barbiere di Siviglia in a production by Giulio Ciabatti and the Teatro Verdi of Trieste conducted by Maestro Francesco Quattrocchi.

“I made my debut in this iconic role in 2005 in a production that was part of the Academy of the Teatro alla Scala. Since then, I have performed it at least fifty times, always to great satisfaction. The role presents so many challenges on a vocal and interpretative level. Beaumarchais’ Figaro, and to a lesser extent Rossini’s, is a mould-breaking character, a man that breathes new life into the stilted “Old World”. He is young, self-confident, sparking, and very likable. I love to sing it not only for his cavatina, but also for the energy of his recitatives as well as his numerous effervescent scenes”.

The baritone is thrilled to be part of the inauguration of the new Dubai Opera, which he describes as “so innovative from the outside as it is classical in its interior. A most stimulating aspect of this tour will be to witness how the audience will respond to an art form new to most of them.”

He is equally enthusiastic about the collaboration with Maestro Francesco Quattrocchi and stage director Giulio Ciabatti, “a fascinating theater man who in just a short time was able to give me very interesting ideas deriving from the theater of Molière and its semi-serio character. His reading of this immortal score is funny but not ridiculous, placing the artist center stage and giving particular emphasis to the text: In a a few words the result is a highly original and not remotely derivative production. I have nothing but praise for Maestro Francesco Quattrocchi and the Orchestra of the Teatro Verdi of Trieste.